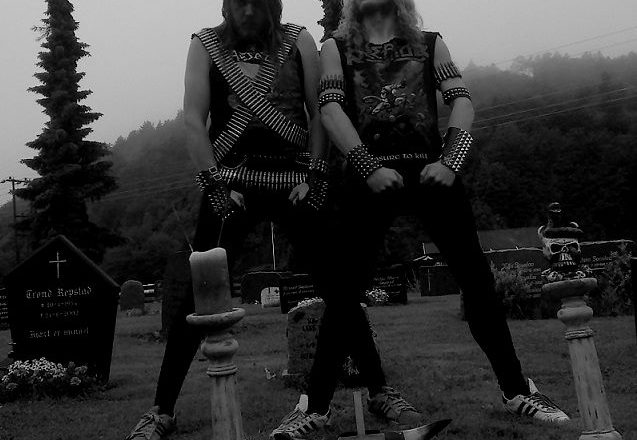 More info about the tour can be found HERE (www.facebook.com/events/336146313388912/) . A statement from the band reads: “Deathhammer returns to violate the rotten shores of America! This time, we will lay waste to the West Coast, starting in San Diego October the 5th, and ending in Seattle the 14th. Prepare for maximum metal overkill!”

In other Deathhammer news, the band have just completed their fourth full-length, which is tentatively slated for a Spring 2017 release through Hells Headbangers. Also coming in early 2017 from Hells Headbangers will be a reissue of Deathhammer’s long-out-of-print and highly sought-after debut album, Phantom Knights. Next year will be the year of maximum Deathhammer overkill!
MORE INFO:
www.facebook.com/deathhammerofficial