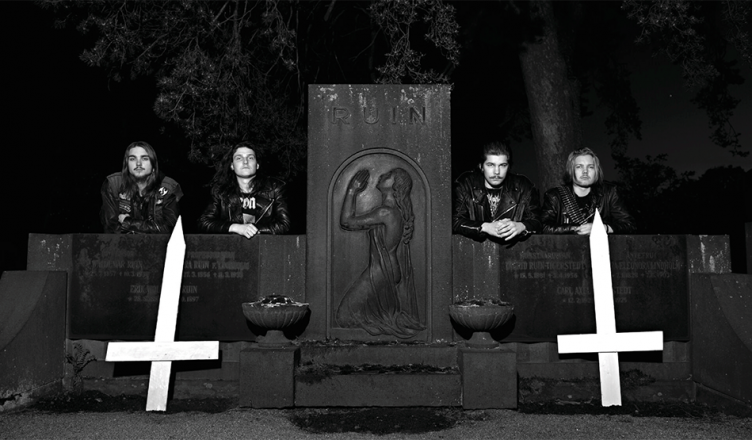 Today, heavily trafficked web-portal NoCleanSinging.com premieres the new track “Baphomet” from Excuse, one of Finland’s hottest newcomers. The track hails from the band’s brand-new Goddess Injustice EP, set for international release on September 30th as a joint release between Shadow Kingdom Records and Hells Headbangers. Excuse’s “Baphomet” can be heard exclusively HERE.
Set to be released on 12″ vinyl, Goddess Injustice is Excuse’s second EP to date after a debut demo in 2013. In a short amount of time, this fierce Finnish foursome have developed into a finely honed missile of speed metal glory. In many ways recalling the classic Canadian gods Sacrifice and Razor, Excuse take that evil ‘n’ sleazy surge of power to more darkly melodic lengths, but always never losing sight of true heavy metal feeling. And at four swift and sharp tracks, the EP gets in and gets out, doing maximum cranial damage. Goddess Injustice may be a cruel mistress, but there’s no Excuse to not worship her! Begin that worship exclusively HERE, courtesy of NoCleanSinging.com. You can continue that worshipat Shadow Kingdom’s website HERE, with the track “Obsessed…With The Collapse Of Civilization,” and also at Hells Headbangers’

Bandcamp HERE; the record can be preordered at both links. Cover and tracklisting are as follows: 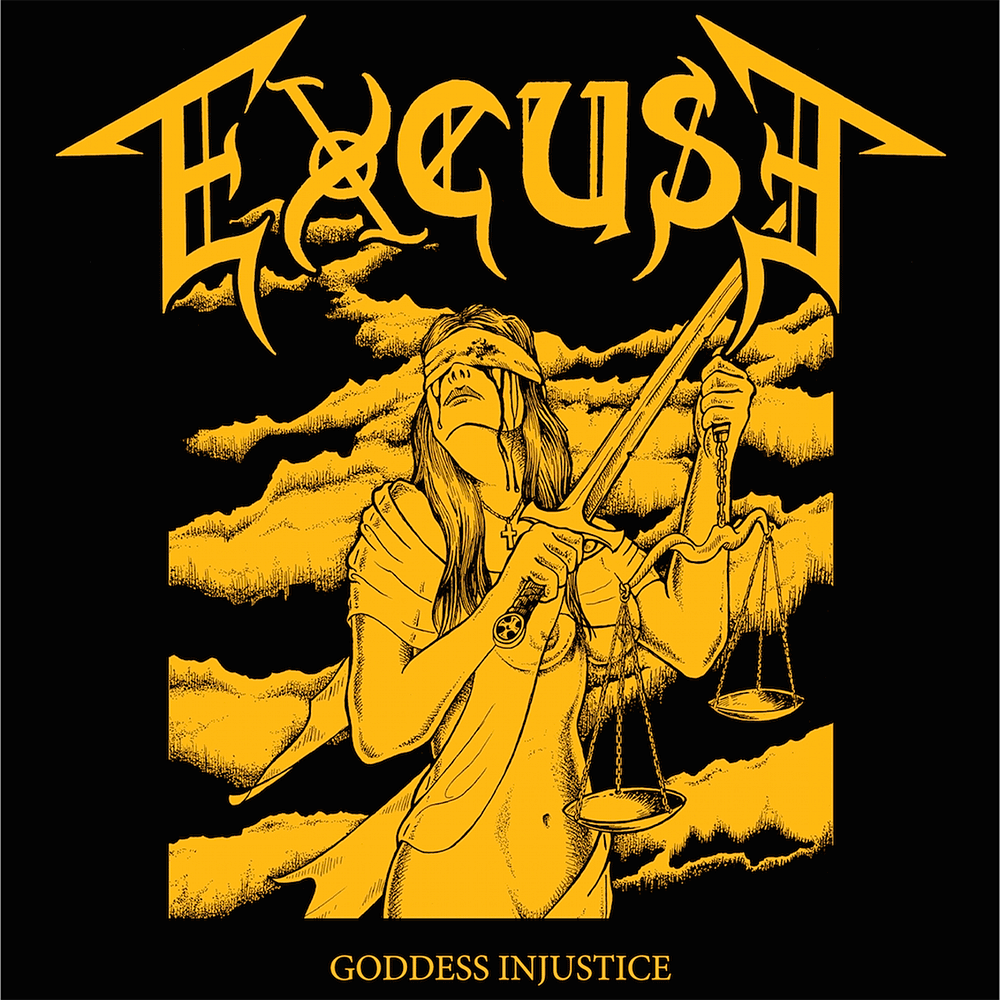 Tracklisting for Excuse’s Goddess Injustice
1. Obsessed…With The Collapse Of Civilization
2. Breaking News (We Told You So!)
3. Invitation From Beyond
4. Baphomet