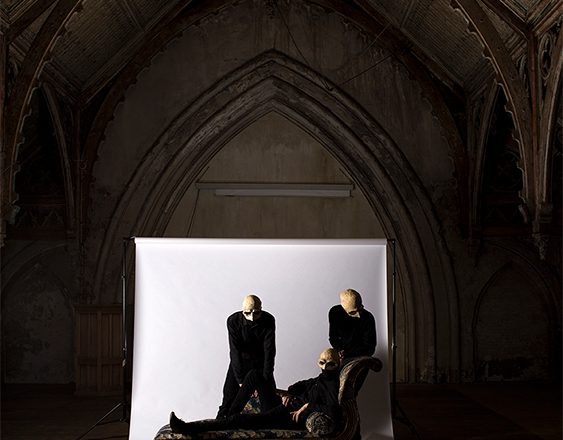 In 2014, Dunkelheit released Laster’s debut album, De verste verte is hier, and it went on to be hailed as a visionary work of modern black metal, blending grimness and gorgeousness in equal measure. Here on Ons vrije fatum, the Dutch trio strive for an even bolder vision, maximizing the emotional pull of its epic predecessor by focusing its tracks in impact and density whilst exploring an even wider expanse of atmospheric possibility. It’s a record that explodes with a harrowing harshness, particularly in the vocal department, but which peels back its layers as the album progresses – and yet adds more, mysterious layers during its duration. Its violence, its ceaseless sturm und drang, is firmly rooted within black metal, but Laster’s increasingly ambitious approach strives for hinterlands of the soul & spirit not conventionally nor conveniently labelled “black metal.”

Along these paths of exploration and exhilaration, Ons vrije fatum sends one cascading wave of autumnal, almost-baroque bliss after another; tension ever mounting, often covering a hysteric and nearly wounded sense of loss, it is then released with spiraling swooshes of intricately layered guitars and brooding bass, all to be built up again and explored in myriad manners. Contrary to the epic swerving of De verste verte is hier, Laster move and swivel past the ennui of settling for too long, yet tentatively embrace awe-inspiring constructs while keeping touches light – all the while adding subtle flourishes of electronics and even saxophone.