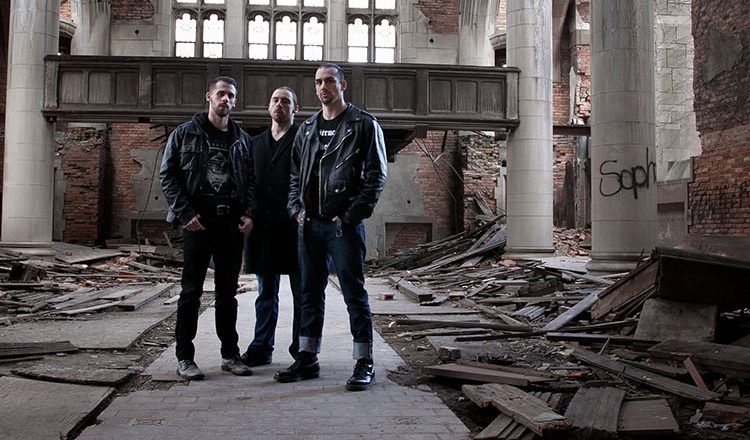 Polyptych is a metal band founded in Chicago, Illinois in 2008 that fuses several styles of extreme metal, ranging from black metal to death and doom metal. Polyptych’s debut album, Panels Engraved, was self-released in May 2012, when the band was still a two-piece. At this time, the band was initially conceived as a studio project; however, following the recording of their sophomore record in 2014, Illusorium, Polyptych become a fully active four-piece band, playing an inaugural show in 2014 alongside the New Zealand death metal titans Ulcerate. Polyptych has also shared the stage with touring acts such as Mutilation Rites and Leprous, and local acts Sioum and Austaras.

As a whole, Polyptych seeks to both challenge and absorb their listeners through layers of riffs and melodies that reflect original concepts. These concepts explore anything from personal struggles (Panels Engraved) to the otherworldly (Illusorium). Ramon Martos at Pure Grain Audio described Illusorium as “one of the bravest and more ambitious albums released by an independent metal band in 2014. Frantic and epic in scope, this is a successful melding of a wide variety of extreme sounds.” On the band’s latest effort, Defying the Metastasis, Polyptych visualizes new territory, by bringing to life an imagined, modern totalitarian world that highlights an individual and population struggle against forces that are overwhelmingly larger than themselves. Michael Wuensch from Last Rites commented on Defying, saying that “in a nutshell, it’s heavy progressive death metal with a blackened edge that’s dark, spiritedly framed, and driven further by lyrics that read like a Dark Knight
narrative admonishing the evils of the modern age right before the shit really hits the fan.”

The core of Polyptych’s existence is to find something worthwhile to communicate to the world through the music, and each topic that has been discussed on the band’s records thus far has been something that the band believes to be of grave importance. Polyptych believes that people who listen to the music and read the lyrics will also be able to find a similar meaning that the band does in what they choose to compose.

A statement from the band reads: “We are excited to join the Blood Harvest family, who will be releasing physical and digital versions of our latest record, Defying the Metastasis. This is a brand-new chapter for the band, and we couldn’t be happier to be releasing our music through Blood Harvest. We are already writing some new music that will once again seek to further push our musical and compositional boundaries.” Hear some of those musical boundaries broken with the tracks “Feral Mind Abstract Tomb” and “Lexicon of Oppression” at Blood Harvest’s Bandcamp HERE  . Preorder for the album can be found HERE  .

Cover and tracklisting are as follows: 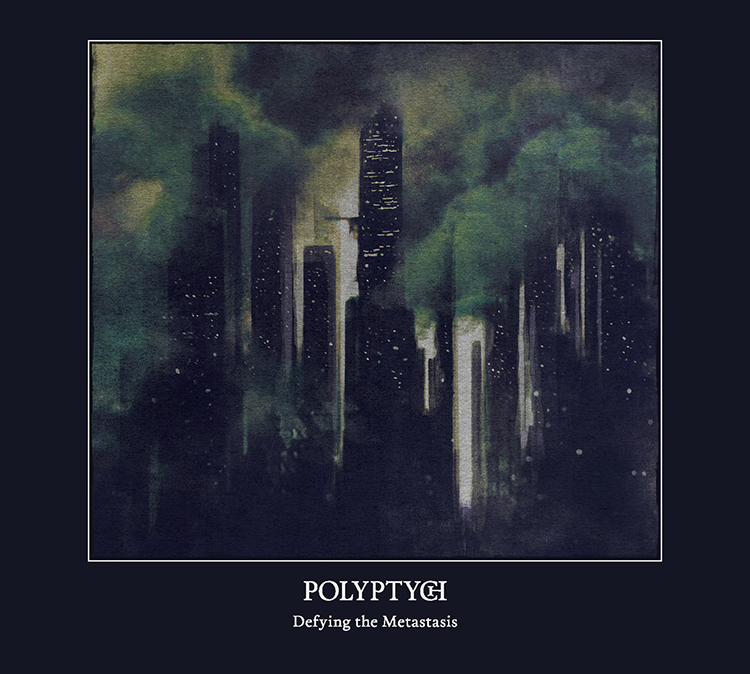