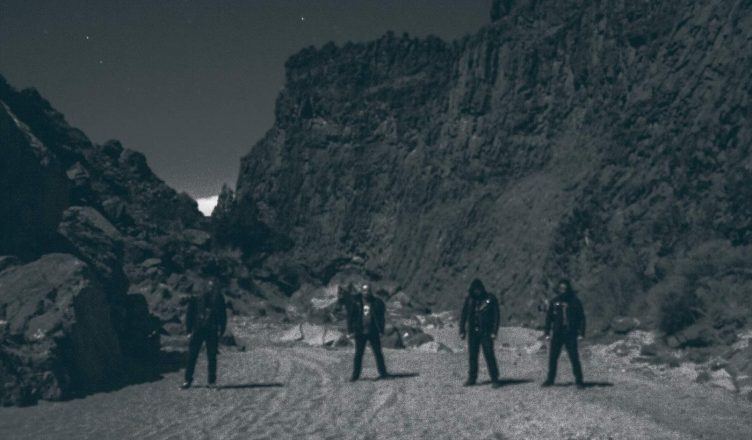 “The Predatory Light seeks to peel the mind and inseminate the spirit-cortex with the corrosive fluid of divine transgression.”

Today, American black metal vanguard Predatory Light premiere the new track “Laughing Wound” at Decibel magazine’s website . The track hails from the band’s forthcoming debut album, Predatory Light, set to be released on CD by Invictus Productions on September 22nd and the vinyl co-released by Invictus and Psychic Violence. In lieu of a forthcoming tour – more info after the jump – “Laughing Wound” can be heard HERE.

While logically expanding upon the already-distinct voice established on Predatory Light’s two celebrated demos and split LP and venturing down the same labyrinthine paths, Predatory Light also forges new ground for the band. While much of the songwriting finds the band pushing further into the melodic unknown, there is simultaneously a paradoxical willful regression that witnesses the players more clearly exhibiting the influence of classic Greek, Italian, and South American black metal. It is precisely this ability to balance tradition with a single-minded compositional freedom that makes the album so remarkable.

Compared to Predatory Light’s already-worthy catalog, the album is marked by an increased level of maturity and confidence. The production is spacious and open, allowing the individual instruments to be distinctly audible in all of their warped and maniacal glory. The vocals are also another notable point of evolution for the band: stripped of the shelter of excessive studio effects and performed with a previously unheard level of humanity and power, the result is decidedly less modern and effectively captures an aura of ancient evil only sought after on earlier releases. Additionally, Predatory Light sees the rhythm section taking on a more significant role than on previous output, with the drums and bass providing a more muscular and imaginative skeleton for the melodic flesh of the songs to hang on.

With cover art that is suitably haunting and cryptic for the music contained therein, the entire release exhibits the utmost care and attention to complimentary detail. These details, coupled with assured and focused songwriting, powerful performances, and a genuinely palpable and unyielding atmosphere serve to make Predatory Light’s debut not only a landmark in the band’s own development, but an instantly memorable and welcome outlier in the global landscape of contemporary black metal. 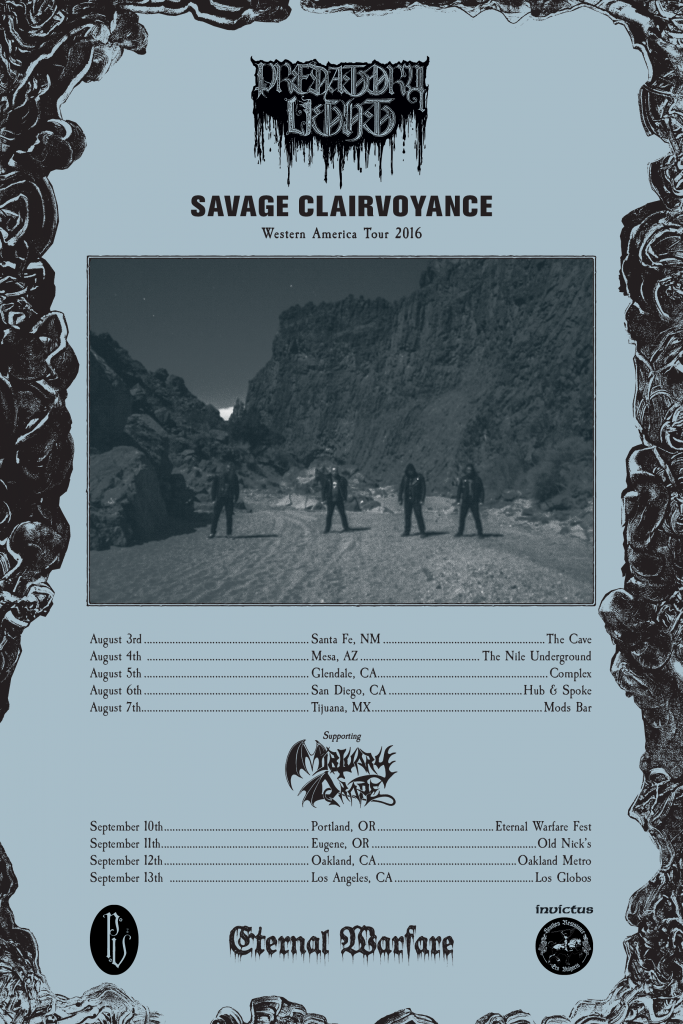 Complete info for the tour can be found HERE (www.facebook.com/events/859921614152208/) .
A statement from the band reads: “Carved from the vermin womb, a spinning sanctity of nonmaterial suffering, the Predatory Light seeks to peel the mind and inseminate the spirit-cortex with the corrosive ﬂuid of divine transgression. We preach spiritual disintegration; we speak of physical degradation so we may pass through the psychic membrane, deﬂeshed, deﬁled and ecstatic in our feral devotion to the beyond. We offer reincarnation through ritual excarnation of the mind and total liberation from this skin that binds us in torment and ﬁlth.” Cover and tracklisting for Predatory Light are as follows: 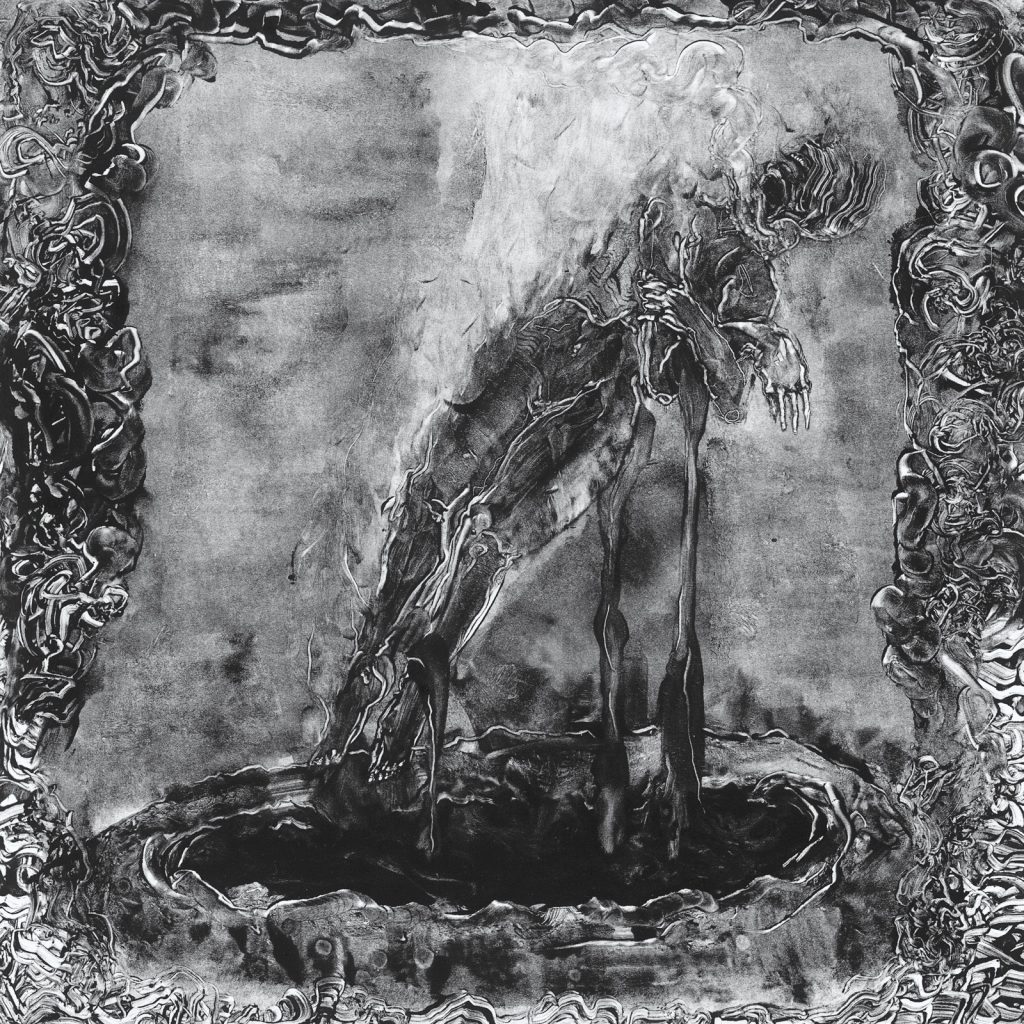